See our award-winning MV.X™ for real-time hyperspectral-imaging inspection for machine-vision applications in the ARGO Corporation booth at the 44th ITE 2022, the largest machine-vision event in Japan, Dec 7 to 9, 2022 in Yokohama.

Hyperspectral and Remote Sensing the focus at EARSeL!

Headwall's exhibition schedule kicks into high gear this month. First up is our appearance at the 8th Imaging Spectrometry Workshop, sponsored by The European Association of Remote Sensing Laboratories (EARSeL). This event gives visitors the opportunity to understand how hyperspectral imaging can be a valuable scientific tool for the research community. Precision agriculture, mining & minerals, petroleum pipeline surveillance, and disaster mitigation are just a few application areas and more are uncovered all the time as the technology becomes more affordable and easier to use. 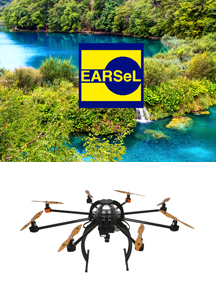 Headwall is seeing a meteoric rise in the use of small and light UAVs for remote sensing activities. SkyJib (from Droidworx) and the Mk II by Winehawk Labs are two such examples, and you’ll see both at EARSeL. The more nimble these hand-launched airframes get, the smaller and lighter the sensors themselves need to be. Headwall’s collaborative engineering approach gives customers a fast path to success with lightweight solutions that also include integrated application software and a GPS/INS. The beauty of Headwall’s Micro Hyperspec sensor is that it is purpose-engineered for flight. Besides being rugged, it also provides outstanding spatial and spectral resolution in the NIR (900nm-1700nm) and VNIR (380nm-1000nm) ranges while also having a very wide field of view. A wide field-of-view means a more efficient the flight path. In other words, the UAVs can cover more territory by collecting precise spectral detail not only directly below but also off to the sides.

While small, hand-launched UAVs are perfect for a wide range of scientific exploration activities, fixed-wing aircraft ranging from the Cessna to the Twin Otter are also used as a platform for hyperspectral sensors. Headwall’s High-Efficiency Hyperspec sensor covers the NIR (900nm - 1700nm) and SWIR   (950nm - 2500nm) spectral ranges. Aberration-corrected and completely athermalized, it provides the highest optical performance and diffraction efficiency of greater than 90%. We’ll be showing this at EARSeL also.

Later in April…beginning on the 3oth actually…Headwall will be at the Defense, Security + Sensing show in Baltimore. We’ll be in Booth 1830 at the Baltimore Convention Center for DSS, which is quickly becoming the go-to show for all things related to surveillance and reconnaissance. While the interest here is largely airborne, visitors also want to know about ground-based and hand-held hyperspectral sensors. Headwall’s flagship hand-held sensor is Hyperspec RECON, which won the R&D100 Award in 2012. This portable instrument covers the VNIR (380nm-1000 nm) spectral range and can render a 6-inch sq. hyperspectral scene at a distance of over a kilometer. Best of all, it’s easy to use and can be ‘tuned’ by loading spectral libraries via an integrated SD slot. Hyperspec RECON represents a very flexible reconnaissance platform that can also be used in a stationary manner (mounted to a mast or a vehicle, for example).

While Hyperspec RECON and its handheld ingenuity is a groundbreaking achievement, many applications need instruments that can either ‘point-and-stare’ or ‘pan-and-tilt.’ Headwall has sensors for both types of deployment that exhibit the very same aberration-corrected concentric imaging performance as their airborne counterparts. Since hyperspectral imaging depends on movement to occur, the instruments are motorized and fully engineered for the tasks they are challenged with.

Headwall will be at several exhibitions and conferences throughout 2013 aside from the two described here. These events will serve as excellent venues as we come out with new products and enhanced versions of existing ones.