Customers at the Top of the World 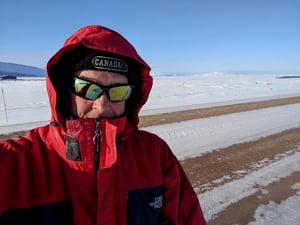 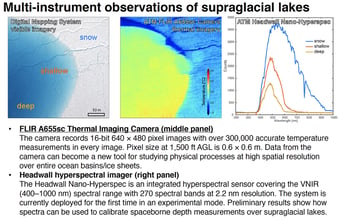 Headwall Co-Aligned and SWIR sensors are utilized for hyperspectral imaging. These operate in temperatures well below normal operating conditions, and Headwall support personnel sometimes provide remote troubleshooting to personnel, who may be on satellite phone in flight.OIB staff recently spent a "light" day at Thule Air Base with the P-3 aircraft on display at an aircraft show. Program Manager James (Jim) Yungel (in the red parka, above) sent us some photos he took during a Sunday walk around Thule, as well as some photos Jeremy Harbeck took on a Dundas Mountain hike. It was bright and sunny, but with temperatures from -17 °C to -25 °C. 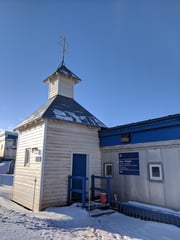 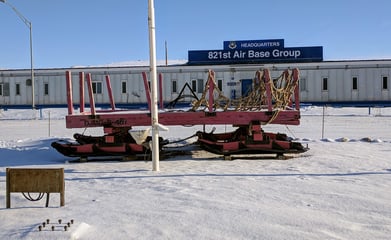 The base chapel (left) and headquarters building (right). 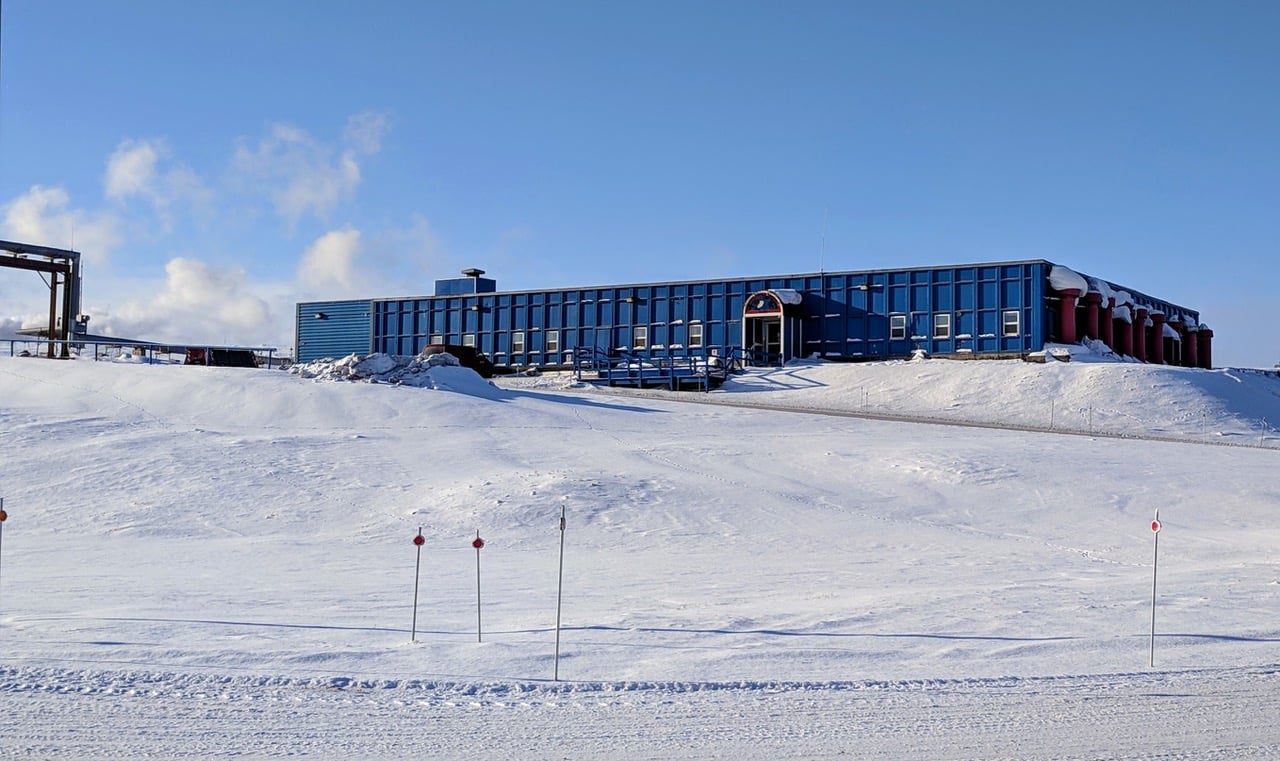 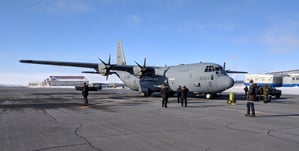 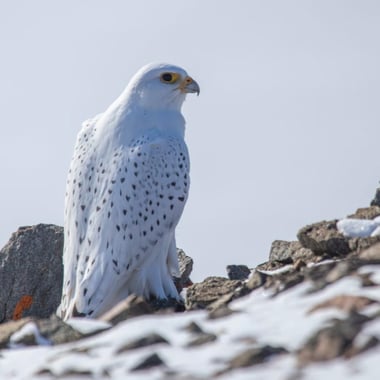 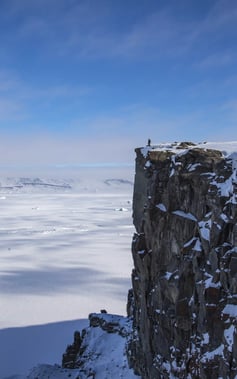 Speaking of falcons, Jeremy Harbeck took this photo (left) of a Gyrfalcon (falco rusticolus), the largest of the falcon species that breeds on Arctic coasts and tundra. He also took a spectacular photo of Kyle Krabill on top of Dundas Mountain (right).