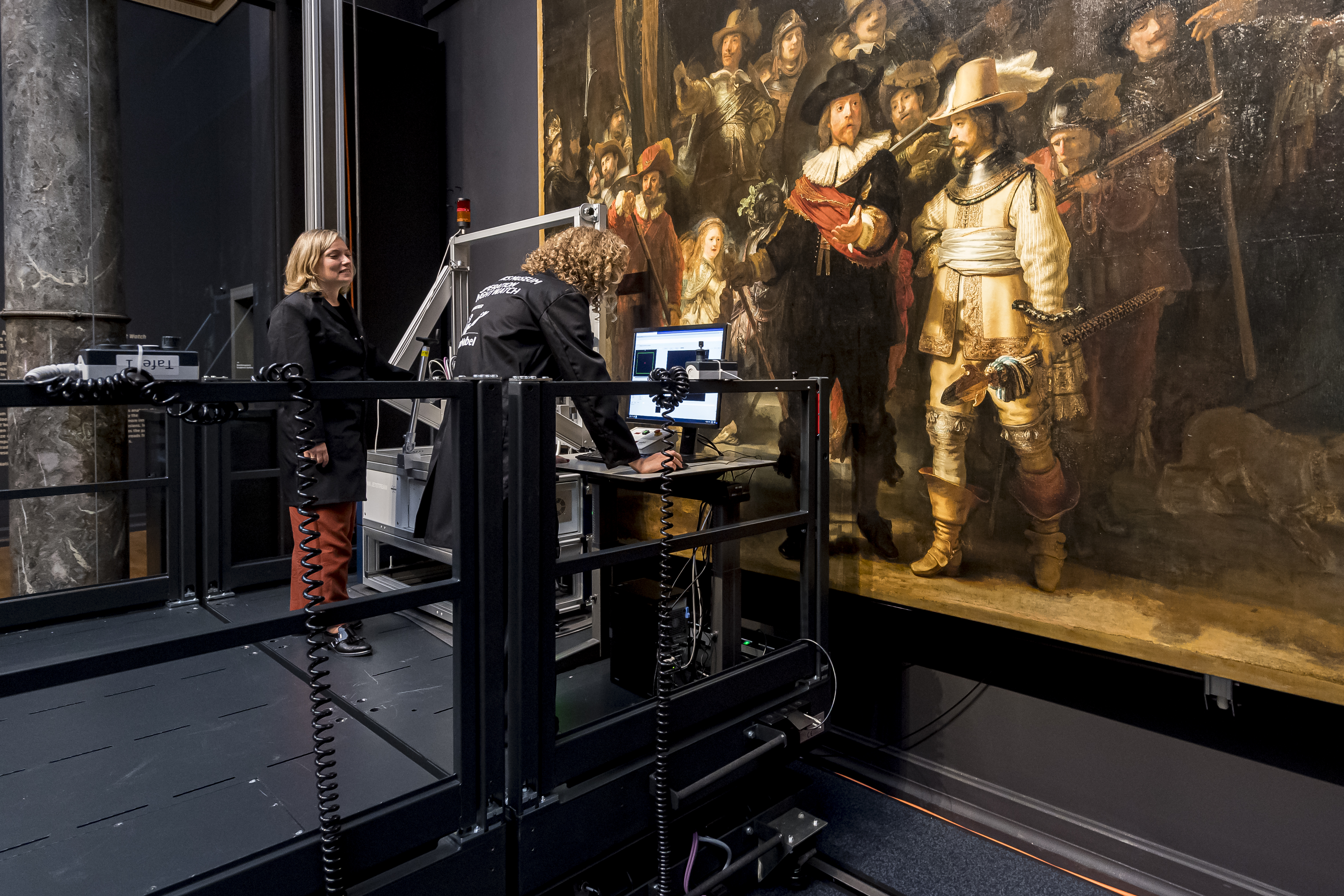 The Rijksmuseum in Amsterdam is using Headwall's hyperspectral SWIR sensor as part of Operation Night Watch, an ambitious project launched on July 8 to utilize the most advanced scientific imaging technologies to capture multiple aspects of Rembrandt's 1642 work.

According to project leaders, this will lead to a better understanding of the painting’s original appearance and its current state, as well as provide insight into the many changes that The Night Watch has undergone. The outcome of the research will be a treatment plan that will form the basis for the restoration of the painting.

The public can view the work from a special glass chamber designed by noted French architect Jean Michel Wilmotte.

Further information on the painting from the project's website:

Rembrandt’s Night Watch is one of the world’s most famous works of art. The painting is the property of the City of Amsterdam, and it is the heart of Amsterdam’s Rijksmuseum, where it is admired by more than two million visitors each year. The Night Watch is the Netherland’s foremost national artistic showpiece, and a must-see for tourists.

Rembrandt’s group portrait of officers and other civic guardsmen of District 2 in Amsterdam under the command of Captain Frans Banninck Cocq and Lieutenant Willem van Ruytenburch has been known since the 18th century as simply The Night Watch. It is the artist’s most ambitious painting. One of Amsterdam’s 20 civic guard companies commissioned the painting for its headquarters, the Kloveniersdoelen, and Rembrandt completed it in 1642. It is Rembrandt’s only civic guard piece, and it is famed for the lively and daring composition that portrays the troop in active poses rather than the traditional static ones.