In 2016 Headwall embarked on a mission of volunteerism. The small, 50-person technology company headquartered in Fitchburg understood that the community it called home was also home to disadvantaged families in need. So beginning with a variety of projects throughout the area, Headwall employees embraced the opportunity to ‘give back’ by partnering with a local charitable organization called Our Father’s House.

“Our goals were twofold,” said Robin Jacobs of Headwall. “We wanted to help out wherever the need arose and we wanted to have broad employee participation,” she said. In addition to sprucing up neighborhoods and planting trees, Headwall and its employees purchased and assembled hundreds of ‘personal care kits’ for disadvantaged people in the area. “It really was a fun experience each time we assembled these kits,” said Robin. “We all knew we were putting a smile on someone’s face and making their difficult life a little less difficult.” 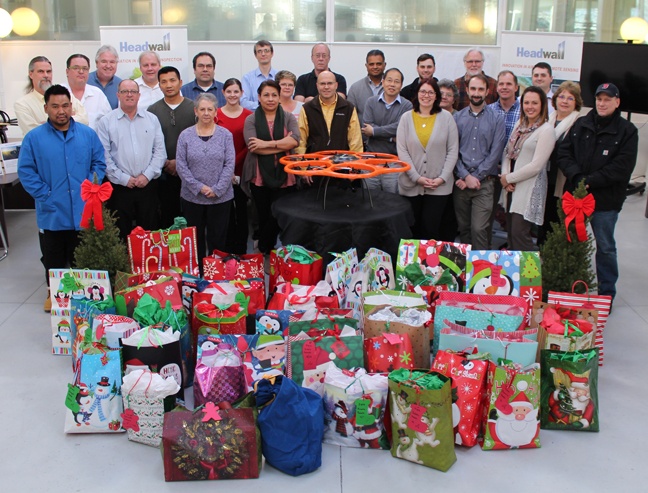 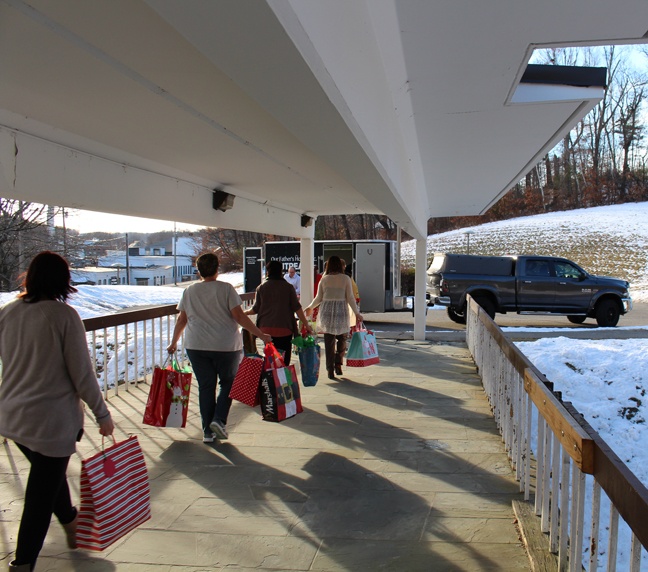 Just before Thanksgiving, Headwall assembled all the makings for complete feasts to be distributed to area families through Our Father’s House. “We thought of everything,” said Robin. “Right down to the cooking pan for the turkey!” The partnership with Our Father’s House works well because they handle the distribution and organizational logistics to make sure that everything that Headwall donates fills a need.

Right after Thanksgiving, Our Father’s House pulled together a list of 41 children living at the Devens Transitional Center. These children, some as young as two, were in desperate need of new winter clothing such as hats, coats, and mittens. Almost immediately all 41 children had been spoken for, with gift bags containing brand-new outfits crowding the Headwall lobby. “We really captured the spirit once again,” said Robin. “Taking care of 41 children across a company our size meant we had just about full employee participation.”

Seeing a smile on the face of each child as they unwrap their gift is a very rewarding experience. “Many of these kids have never been given brand-new gifts before, and it was fun for each employee to pick a name off the tree here at Headwall and know that we were making that child happy.”