Ross Nakatsuji | Tue, Jan 08, 2019 | hyperspectralAirborneRemote SensingUASSatellitesUAVSecurityprecision agricultureReSe ApplicationsLiDAR
Remote sensing as a technique is finding more and more acceptance beyond early military and agricultural applications. Take a look at this intriguing list published in GISGeography. We can help you with many of these applications. Related to list item number 2, we recently introduced our new LiDAR Tools software package to support a lightweight LiDAR add-on that can be incorporated onto our integrated UAV payload.
END_OF_DOCUMENT_TOKEN_TO_BE_REPLACED 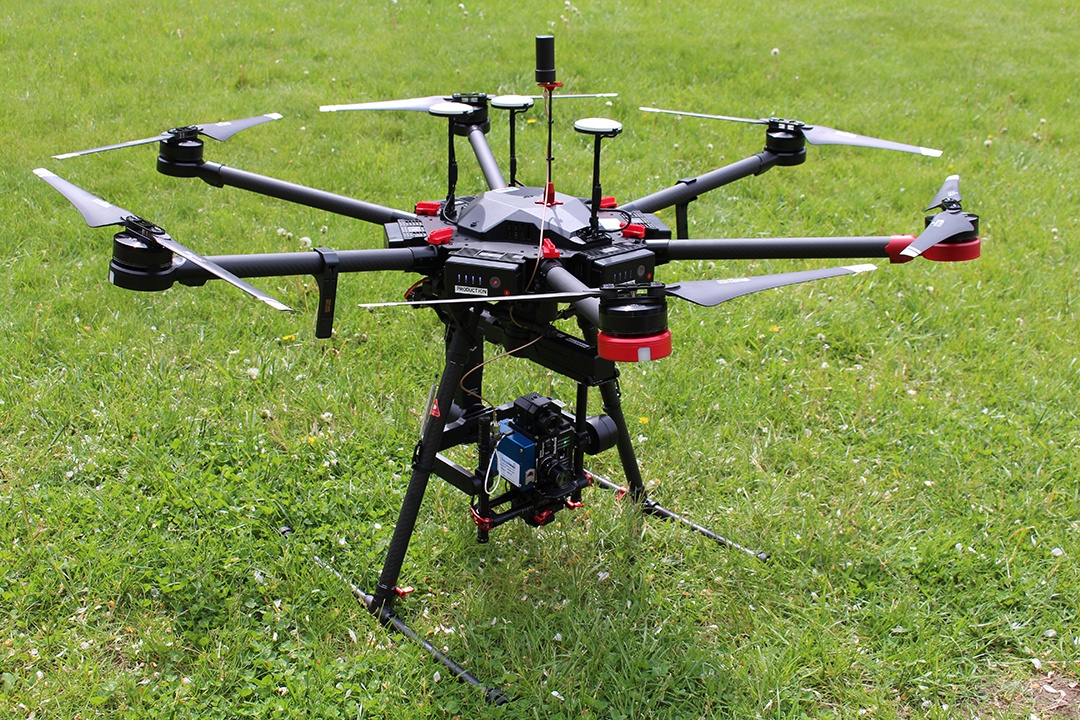 Our customers come to us with missions that range from crop disease detection to infrastructure inspection, from environmental monitoring to pollution analysis. Hyperspectral imaging sensors provide a wealth of high-resolution data in the near-infrared and shortwave infrared ranges...beyond human vision. But we see an increasing level of integration occurring where hyperspectral rides alongside instruments such as thermal, LiDAR, and GPS/IMUs. The data streams coming from each instrument need to be synthesized ('data fusion') but the instruments themselves need to be positioned and located on the UAV to assure a balanced airborne package.

END_OF_DOCUMENT_TOKEN_TO_BE_REPLACED 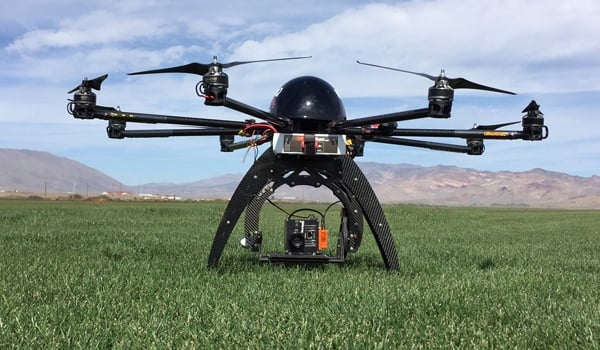 Data Fusion: A New Capability for the Remote Sensing Community

We’re seeing a tremendous increase in the number of airborne deployments for our hyperspectral imaging sensors. To a large degree, the trend toward smaller and more affordable UAVs is giving the remote sensing community more flexibility to undertake more missions to capture meaningful environmental data. From wine-grape vineyards in northern California to coffee bean plantations in South America, the precision agriculture community is embracing packaged ‘UAS’ offerings that combine a UAV matched to the payload it needs to carry.

END_OF_DOCUMENT_TOKEN_TO_BE_REPLACED 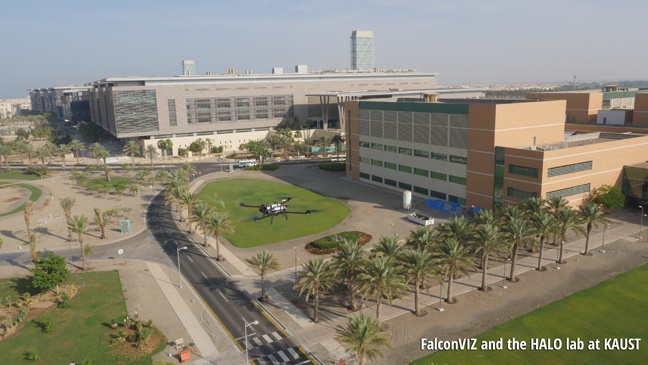 King Abdullah University of Science and Technology (KAUST) is a public research institution in Saudi Arabia. By any measure it is a very young university, founded in 2009. But in that short span of time it has rapidly grown to accumulate an astounding number of research and citation records.

END_OF_DOCUMENT_TOKEN_TO_BE_REPLACED 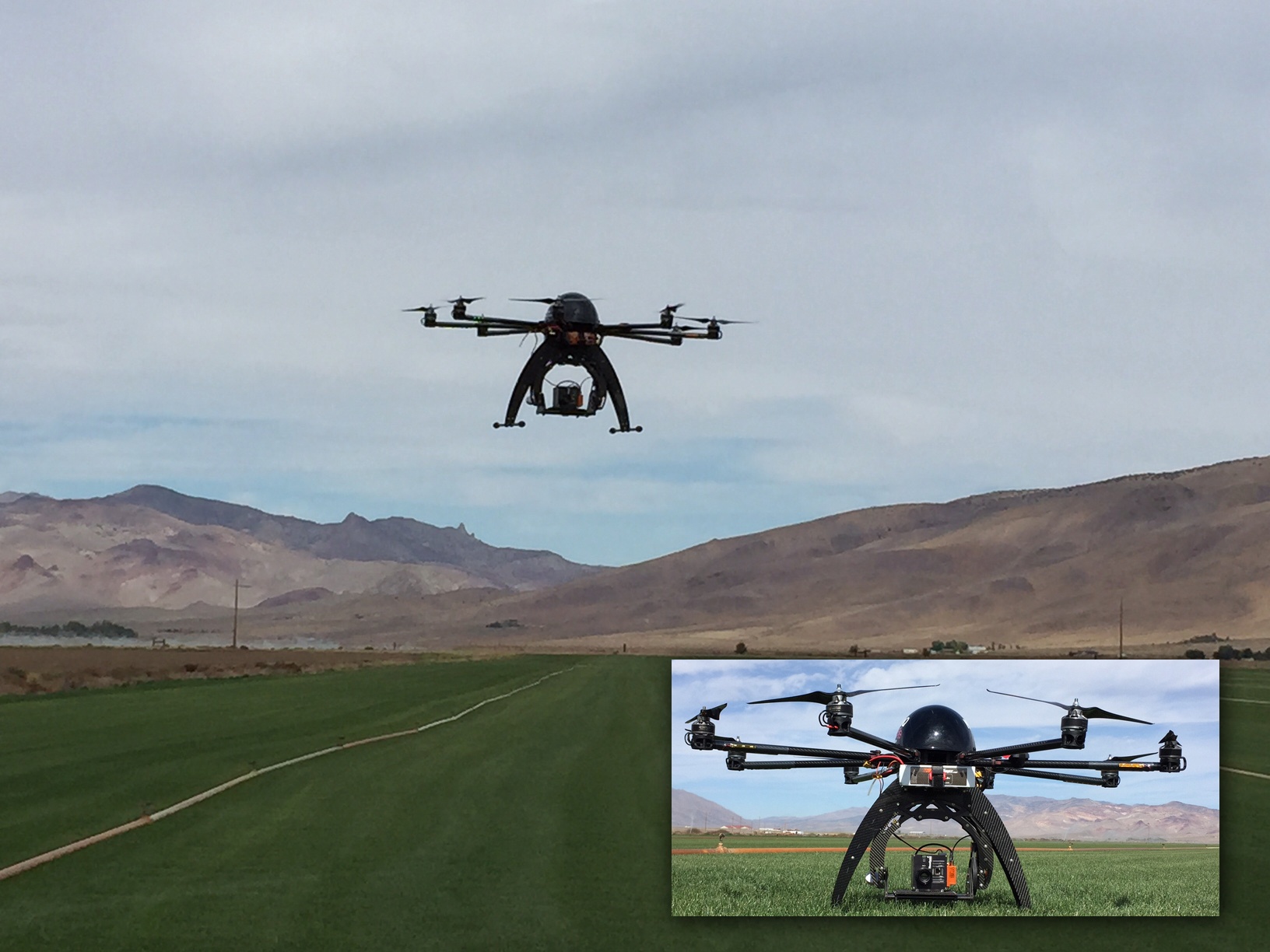 Drones seem to be in the news for all the wrong reasons. The media reminds us that they're nothing but nuisances: peeking at people, crashing into stadiums, hovering over the White House, and causing airliners to take evasive maneuvers. The FAA in this country is taking an active stance on the safe operation of drones, and the topic is being explored elsewhere around the globe. What everyone recognizes is that it's a world full of both promise and uncertainty. Indeed, the automobile was born under the same set of circumstances!

Having just returned from a week-long conference in Reno, Nevada, my post today is meant to emphasize the good work drones can do. The biggest among them is precision agriculture, where a drone outfitted with the right instrumentation can hover over orchards and vineyards and spot telltale signs of diseases that aren't readily seen from the ground. Monitoring irrigation levels and fertilizer effectiveness are two other key applications, as are climatology, pipeline monitoring, and geology.

Two makers of UAVs present at the conference are Headwall customers. PrecisionHawk builds a fixed-wing system while ServiceDrones offers a multi-rotor craft. There are reasons for using either. The amount of room you have to take off and land is one consideration; the overall battery life (flight duration) is another; and payload capacity is a third. The key task is to match everything to the mission, which is why integration is so important.

All told, the packaged technology of drones and sensors allows researchers to 'see' the invisible and learn more about the environment. Primarily this is territory largely inaccessible by any other ground-based means, which puts the risk to humans (and airliners) at the lower end of the scale. The use of drones has exploded for two primary reasons. Chief among them is affordability, which positions them much more favorably compared with manned fixed-wing aircraft. Second is ease of use. Drones are now more 'mainstream' than ever, and their ability to carry reasonable instrumentation payloads allows them to do this kind of scientific 'remote sensing.'

Instruments such as hyperspectral sensors are getting smaller, lighter, and more affordable. With them, scientists can now unlock hidden secrets and spot trends by analyzing very detailed, data-rich images.  We are helping to create a 'new set of eyes' for the scientific community. The drones themselves become a vital 'delivery system,' and the pairing of these technologies is giving birth to the kind of conference such as the ASPRS Mapping event in Reno. It was a combination of test flying and presentations, with the flying happening in gorgeous Palomino Valley located about 35 miles north of Reno.

Through it all, safety was paramount during the flying demonstrations. FAA inspectors were with us every step of the way to make sure that all the programmed flight plans were adhered to. Each drone had 'N' registration numbers, as a regular aircraft would. This is serious business with huge upside potential for geologists, crop scientists, the petroleum industry, and for environmentalists. It pays to understand the regulations and work within them, because this whole business is a 'new frontier' for everyone. And while the term 'Drone' conjures up a rather negative image, the more proper description is, "Unmanned Airborne System," or 'UAS' for short. These truly are 'systems' because they pair a flying machine (either fixed-wing or multi-rotor) with instruments they carry.

And what kind of instruments? For precision agriculture, a hyperspectral sensor covering the Visible and Near-Infrared (VNIR) range of 400-1000nm will spot disease conditions on tree canopies. With entire economies depending on crops (hello, Florida citrus!), the ability to spot tree-borne diseases and other plant-stress situations is massively beneficial. First, the instruments are precise and can spot the 'invisible.' Second, the drones allow for the rapid and complete coverage of remote areas that might take days or weeks to map. And perhaps most telling, some disease conditions will only be visible from the top down rather than from the bottom up. An inspector on a ladder under a tree will likely miss something that the drone spots, and this can mean the difference between a bountiful harvest and a financial catastrophe. Any high-value crop (think citrus, wine grapes, pistachios, coffee beans, walnuts, etc.) needs this kind of imaging oversight. Our Nano-Hyperspec is extremely popular for this kind of work.

When it comes to airborne work, one of the most desired attributes of a hyperspectral sensor is a wide field of view. Simply put, the sensor needs to deliver crisp hyperspectral data at the edges of its field of view just as it would directly underneath the flight path. The wider and more sharp the field of view, the more efficient the flight path can be. And when it comes to drones, battery life determines the overall flight duration. So a hyperspectral sensor having an aberration-corrected wide field of view can cover more ground for a given flight envelope. More image data is thus collected for every flight, making the research project very efficient.

In addition to hyperspectral sensors, drones will also need a GPS to tie the incoming spectral data to its exact geographic location. Another frequently asked-for instrument is LiDAR (Light Detection and Ranging Sensor), which provides some elevation detail that is paired with the hyperspectral data. Obviously the combination of all these separate instruments makes for a payload that consumes valuable weight and space, and thus out of the realm of possibility for today's new breed of hand-launched UAVs. With that in mind, my company (Headwall Photonics, Inc.) takes time to engineer and 'integrate' the sensor so that it is as small and as light as possible. Combining the data storage inside the sensor is one way; direct-attaching the GPS is another. The connecting cables you don't need mean weight you don't have to lift!

Finally, conferences like the ASPRS event in Reno are places where people can learn. Understanding the challenges and potential integration pitfalls is what we at Headwall were there to convey, and our message was very well received. The mistake we all want to avoid is having users blinded by the promise of airborne hyperspectral imaging, dashing off and grabbing any affordable UAV and bolting instruments onto it. For one, such an approach is dangerously naive. Second, the time needed to integrate everything is practically always underestimated. And third, it becomes a very costly endeavor when the price of time is factored in.

At Headwall, although our business is the production of the industry's best hyperspectral imaging sensors, we understand integration issues better than anyone. We're here to help navigate the process and get the scientific research community in the air faster, doing all the good things 'drones' can do.

END_OF_DOCUMENT_TOKEN_TO_BE_REPLACED

Nano-Hyperspec...in the air and on the ground

Next week during Photonics West we’ll be demonstrating our very newest hyperspectral sensor: Nano-Hyperspec. We gave it that name because it’s small...exceptionally small. Think of a Rubik's Cube and you've got it. The market said it needed a robust, aberration-corrected hyperspectral sensor purpose-built for small, hand-launched UAVs. One perfect example is the X6 from the Aibotix division of Leica-Geosystems, a company with whom Headwall signed an agreement in late 2014. “There’s a confluence within the remote sensing marketplace,” said Headwall CEO David Bannon. “The attractiveness of affordable, easy to launch UAVs runs headlong into the need for perfectly matched sensor instruments that they can carry.” In conceiving Nano-Hyperspec, Headwall consolidated and integrated as much as possible to yield a small, performance-packed unit that even the smallest UAVs could easily carry.

END_OF_DOCUMENT_TOKEN_TO_BE_REPLACED 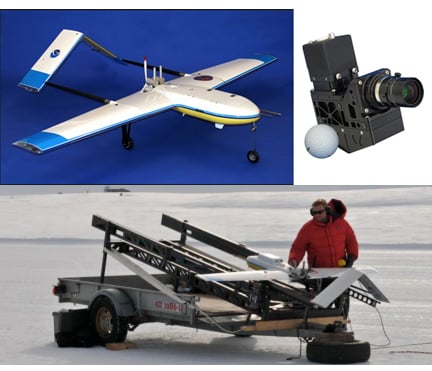 FITCHBURG, MA - OCTOBER 9, 2014: Headwall Photonics has delivered two high-performance hyperspectral imaging sensors to Columbia University as part of its Air-Sea-Ice Physics and Biogeochemistry Experiment (ASIPBEX). ASIPBEX is part of a larger international collaborative investigation of Climate Cryosphere Interaction with colleagues from Spain, Germany and Norway. This crucial remote-sensing project will use a high-endurance unmanned aircraft system (UAS) to investigate climatological changes present in the Arctic Ocean around Svalbard, Norway. The instrument payload comprises two Micro-Hyperpsec sensors; one will cover the Visible-Near-Infrared (VNIR) range of 400-1000nm while the other will cover the Near-Infrared (NIR) range of 900-1700nm. Together, the sensors will be crucial in detecting indicators of sea ice physics, solar warming and global carbon cycles.

END_OF_DOCUMENT_TOKEN_TO_BE_REPLACED

Under cloudless skies in Ontario recently, Headwall achieved a very notable milestone: we became the first to fly both hyperspectral and LiDAR aboard a small, fully integrated handheld UAS. The test flights not only verified the reliable airworthiness of the system but also the ability to collect valuable hyperspectral and LiDAR data in real time.

END_OF_DOCUMENT_TOKEN_TO_BE_REPLACED

This past week, Headwall remote sensing team finished a productive week Down Under at the International Geoscience and Remote Sensing Symposium (IGARSS) in Melbourne, Australia.  The conference, organized by the IEEE, comprises a ‘Who’s Who’ across the global remote sensing community. But curiously absent were representatives from the United States, probably reflecting the topic du jour: sequestration. Imagine holding a geo-spatial and remote sensing conference and no one from NASA was able to attend?