Register for an in-person Headwall Hyperspectral Remote-Sensing Workshop at the University of Florida in Gainesville from Tue, Feb 28 to Wed, Mar 1, 2023. Register now!

Fitchburg, Massachusetts USA, June 17, 2013 - Headwall announced today the appointment of Kevin Lynch as its European Sales Manager. In this role, Kevin will further Headwall's business growth across Europe by supporting customers and partners in the region. Mr. Lynch's extensive training in spectral imaging solutions and reflective spectroscopy, combined with his critical application knowledge and industry experience, will benefit Headwall's 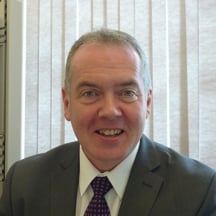 "In response to customer demand for Headwall's products and technology from the European community, we have expanded our team through the addition of Kevin Lynch, an experienced industry professional based out of the United Kingdom," stated Headwall's CEO David Bannon. "Kevin brings a successful track record of working with end-users and integrator partners to deliver innovative spectral solutions that yield differentiated advantage and value for customers."

Headwall's international business has been expanding rapidly as a result of its patented imaging sensor technology which offers end-users the industry's highest spectral and spatial resolution within a wide field of view. Headwall's spectral products consist of hyperspectral sensors, Raman imagers, and custom OEM spectrometers that feature aberration-corrected optics specifically designed for harsh environments such as airborne applications and advanced machine vision for in-line inspection.

"I am delighted to be on board with Headwall," stated Mr. Lynch. The Company is an acknowledged technology leader and is on a fast trajectory to exceed growth targets. I am looking forward to contributing to Headwall's success and growing our European business."

About Headwall Photonics
Headwall Photonics is a leading designer and manufacturer of hyperspectral imaging
spectrometers and spectral instrumentation for industrial, commercial, and government markets. Headwall's high performance instruments have been selected by military/defense departments, OEMs, and end-user customers around the world for use in critical application environments. Headwall enjoys a market leadership position through the design and manufacture of spectral instrumentation that is customized for application-specific performance.
For information contact:
Mr. Chris Van Veen, Headwall Photonics, Inc.
Tel: +1 978-353-4051
www.headwallphotonics.com
Email: cvanveen@headwallphotonics.com